Hong Kong, December 2017 This time of the year has always been one of my favourite seasons, neither because of the weather nor the holiday, but because I can feel the positive vibes of the people around me as they are looking forward to start over and leave the past behind. To me, 2017 has been nothing but a thrilling ferris wheel ride.

The first half of the year was filled with so many ‘firsts’. It was probably one of most amazing and stress-free chapters in my life. Sometimes, I still can’t believe that I had seen Eiffel Tower with my own eyes or stepped my feet on Africa. Those places, including studying in the UK, were never in my short-term plans but, life has its own way to surprise you. Occasionally, I catch myself smiling while scrolling up my photos gallery and cherish those moments. 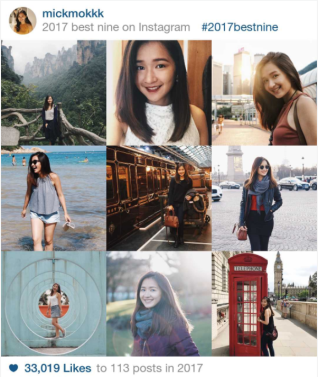 On the contrary, coming back to Hong Kong and entering my final year were just exhausting. The guilt from too much playing around for the first six months made me feel I have to payback. So, here I am, taking five courses as usual, including final year project, doing part-time job, having extra mandarin classes, being residence tutor while anxiously looking for graduation job. There were days when I had trouble sleeping, didn’t look forward to go through the day and the worst — lose interests in socialising. Considering I was a very extrovert person and relatively optimistic, those times were probably the lowest point of my life.

Things do get better because I was tired of being tired. I start to get back my hyperactiveness although if I could be honest, I don’t look forward to 2018 at all. There are too many uncertainties and I know the final semester will be very intense. Even before the new semester started, I already had job interviews drama but I gotta to remind myself to be grateful for all the things happened because they shape who I am today.

I’m thankful for the best five months in my life. But, on top of that, I’m grateful for the obstacles and hard times because I came to realise that success are defined by the hardships you were going through and how you bounced back every time you fell. Thank you 2017 for all the highs and lows, I’ve learnt the lessons 🍃