China #1: Hospitality Above the Clouds

Zhangjiajie, 25 September 2017 After travelling around Europe last semester, I asked myself why I never explore China while I’m still in Hong Kong. It’s close, convenient and relatively cheaper. Long story short, I found two friends who want to go so here we are, in the middle of forest in China. 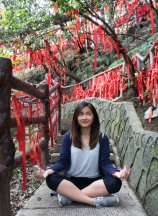 Staying in a village

Zhangjiajie is well known for the inspiration of Pandora in Avatar. The ZJJ national forest is hugeee with established infrastructures which allow tourist mobilised easily using the bus, cable car and elevator provided. On the second night, we decided to stay inside the national forest so we have more time to explore the park. Due to limited information available in english, we just randomly picked a guest house on Airbnb without knowing its location. Once we arrived, we found out that the accommodation was located in a small village in a forest. I was surprised but excited at the same time because it’s completely different from the big cities China I used to visit – Shanghai, Beijing or Guangzhou. But this wasn’t the main point, I was more impressed by the nicest people I met there.

The owners of our guest house couldn’t speak English but she tried to use translation to tell us about how to get there. Once we arrived in the Ding Xiang Rong, we asked around how to get to the house. With our broken mandarin, they showed us the house owner that had been waiting for us. Before we got into the car, we suspiciously asked how much do we had to pay because I was afraid he will charged us a lot but it turned out to be free! After we arrived, the guy tried his best to tell us about all important information about the house and where to go in the park. He kindly drove us back to the bus station and picked us up at night after we came back. 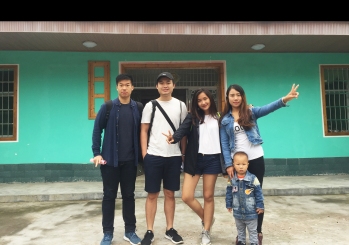 The most impressive part was, when we  were about to leave, they gave us a bag of local food originally from tian zi mountain. According to them, it’s good for your health, hard to get and very expensive. They patiently showed to us how to make the medicine and let us try a sip 🎍

Based on my experiences, AirBnb hosts, tour guides, or taxi drivers in Mainland China were usually trying to earn profit as much as possible from tourists. I was advised to be careful not to fall to their tricks. They were also rude sometimes. But this family was the most sincere Chinese I’ve met. I was touched by their efforts to communicate with us despite our language barrier. With their modest car, they gave us the best pick up service an AirBnb could ever gave. This is what I called hospitality ☺️

Honestly, my impression and relationship with Mainland Chinese were mostly not so positive but this family changed my perspectives. It was a reminder for me – and all of us – that we should stop stereotyping people. There are still plenty of lovely and genuinely kind people out there, it’s your call to find them ❤️